The Muskegon Risers are excited to announce Steven Jones as the first eSports head coach in the organization’s history. Jones has tremendous passion and expertise in the world of eSports, specifically within the FIFA gaming series by EA Sports which he began playing in 1998. Jones, who is possibly better-known by his PS4 gamertag “iStyle08x” was interviewed for the position by Risers President, Matt Schmitt, following the National Premier Soccer League’s decision to launch an eSports league in collaboration with Virtual Pro Gaming.

“Fundamentally we are running a small business and strategically managing the growth of a brand that represents our community” Schmitt added, “The core purpose of the Muskegon Risers has always been to generate a positive impact on the Muskegon Lakeshore through soccer entertainment and elite performance. Because of this clear vision, we were able to quickly innovate in response to the current public health conditions to serve our community on a virtual platform. As I spoke with Steven about our eSports vision, he made an insightful point regarding the FIFA gaming series as it relates to the identity of U.S. soccer; it’s part of our country’s soccer culture and we have a great opportunity to add that culture to MKG.”

Coach Jones is already on the recruiting trail for the eNPSL schedule which will begin on May 19. The inaugural eNPSL season will consist of 16-teams from across the country. 8 teams will earn a playoff spot and the national champion will be decided in July. Games will be played on the FIFA 20 Pro Clubs 11v11 platform, with one gamer designated for each position on the field. For players interested in earning a spot on the team, email [email protected]

We developed a Q&A to help MKG supporters get more familiar with the man leading MKG on the virtual pitch, which can be found below!

When did you start playing FIFA?
SJ: I started playing Fifa with the 1998 World Cup Game. The theme song was “I Get Knocked Down(but I get up again!)”

A close second is the very next game, I made a deep run out wide (because that’s where the space was) and the hit me and I was able to deliver a back post cross: https://youtu.be/LmmmHJ5VbHY?t=2105

I was so nervous playing these two games with these amazing players.

How has eSports evolved during your time playing and what does the future of eSports hold?
SJ: eSports has evolved tremendously, especially in other games like League of Legends and in other countries like South Korea. The future of esports in America is clear: unprecedented growth.

What can fans expect to see from the team during the first season?
SJ: Fans can expect to see passion from the entire league. Managers and players have been chomping to represent outdoor teams. I know the commitment will be nothing less than 100% and that is very attractive to me. From our team they can expect pure passing entertainment, brave runs, and ideas.

What is your system of play and coaching style?
SJ: I prefer 3 forward systems, particularly 4-3-3 holding and 4-2-3-1. I like pressing, possession and penetration. I have giant write ups about my playstyle outlining philosophies and every position but I would never bore you with all that!

List of FIFA accomplishments/awards?
SJ: Won the first VPGA season as a manager of a Man City team that played 4-2-3-1. Won the last 14 games in a row that year.

After that I broke into the national team and played 4 caps, never lost.

Since then my biggest accomplishment was being voted favorite or best coach in America behind a guy that pays people (I don’t do that)! Some of the people that voted for me were people I had cut or disagreed with so it meant a lot.

I am a high vision passer and try to impact the game by pressing, winning the ball back, creating good buildup, and then being brave and having ideas around the final third.

Any family/personal information you want to share?
SJ: My poor family has been watching me play this game forever. I have a large family(6 kids 17 to 3 years old) and we are huge Liverpool fans. My wife and I miss watching Liverpool together. My son had a Mane haircut and walked out with Liverpool at Ann Arbor. I have a Liverpool Ukulele and Gerrard is my favorite player.

What inspired you to join the Risers organization?
SJ: The Risers is a locally owned grassroots organization, 45 minutes from where I live. I married my bride at Kruse Park, Muskegon! I am honored to steward this leg of the Risers eSport journey.

What would you say to players who wish to earn a spot on the team someday?
SJ: Video game land can be a tough place. If you want to compete, learn, and grow personally shoot me a DM. I’m always willing to help and I am truthful.

Any other general statements/comments?
SJ: Please be patient as we build this culture and playing style. Get to know some of the players. Let’s build a family virtually to compliment the great Risers one that already exists. 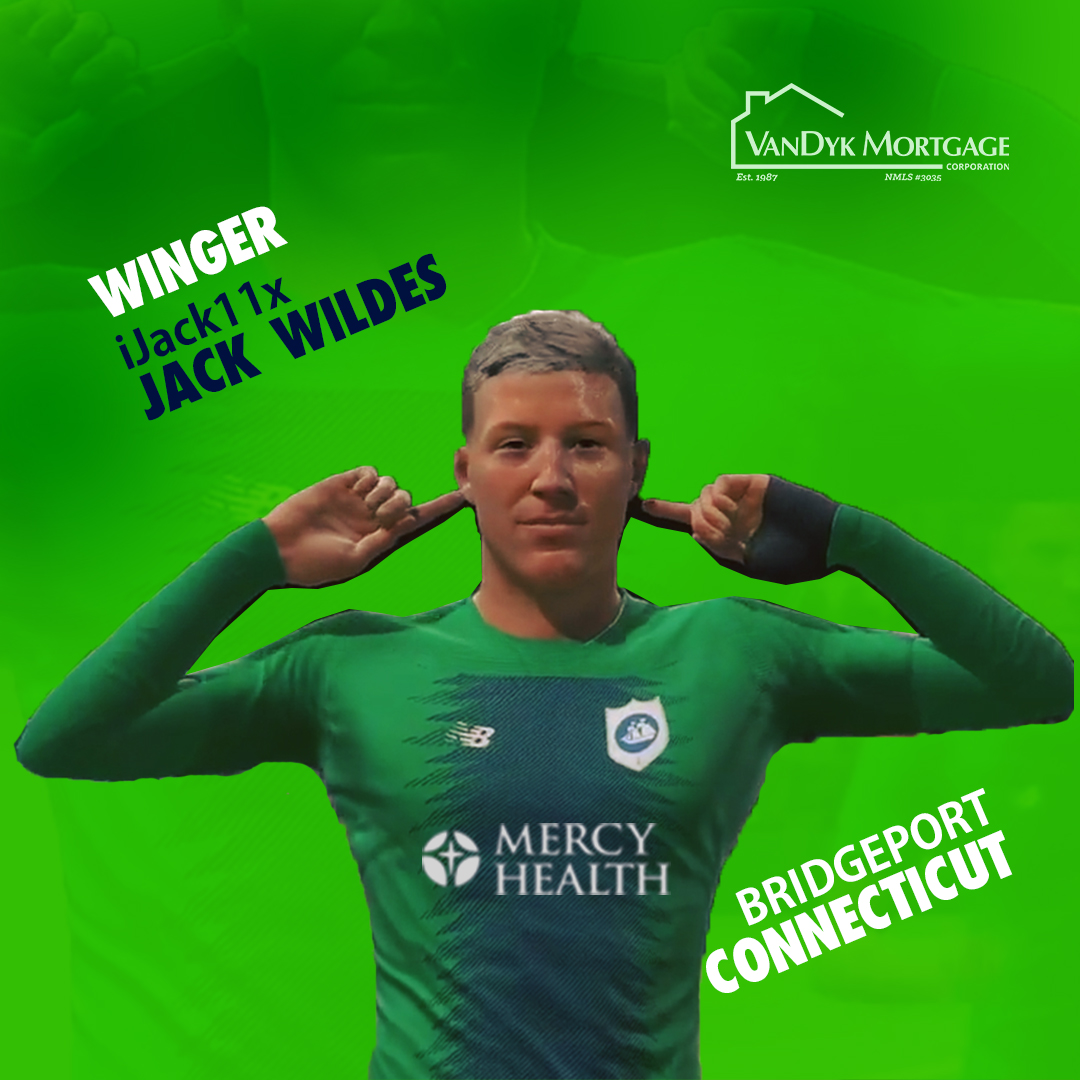 Throughout Muskegon Risers history, no player has captained as many games (both outdoors and indoors) as Stuart Collins, who…