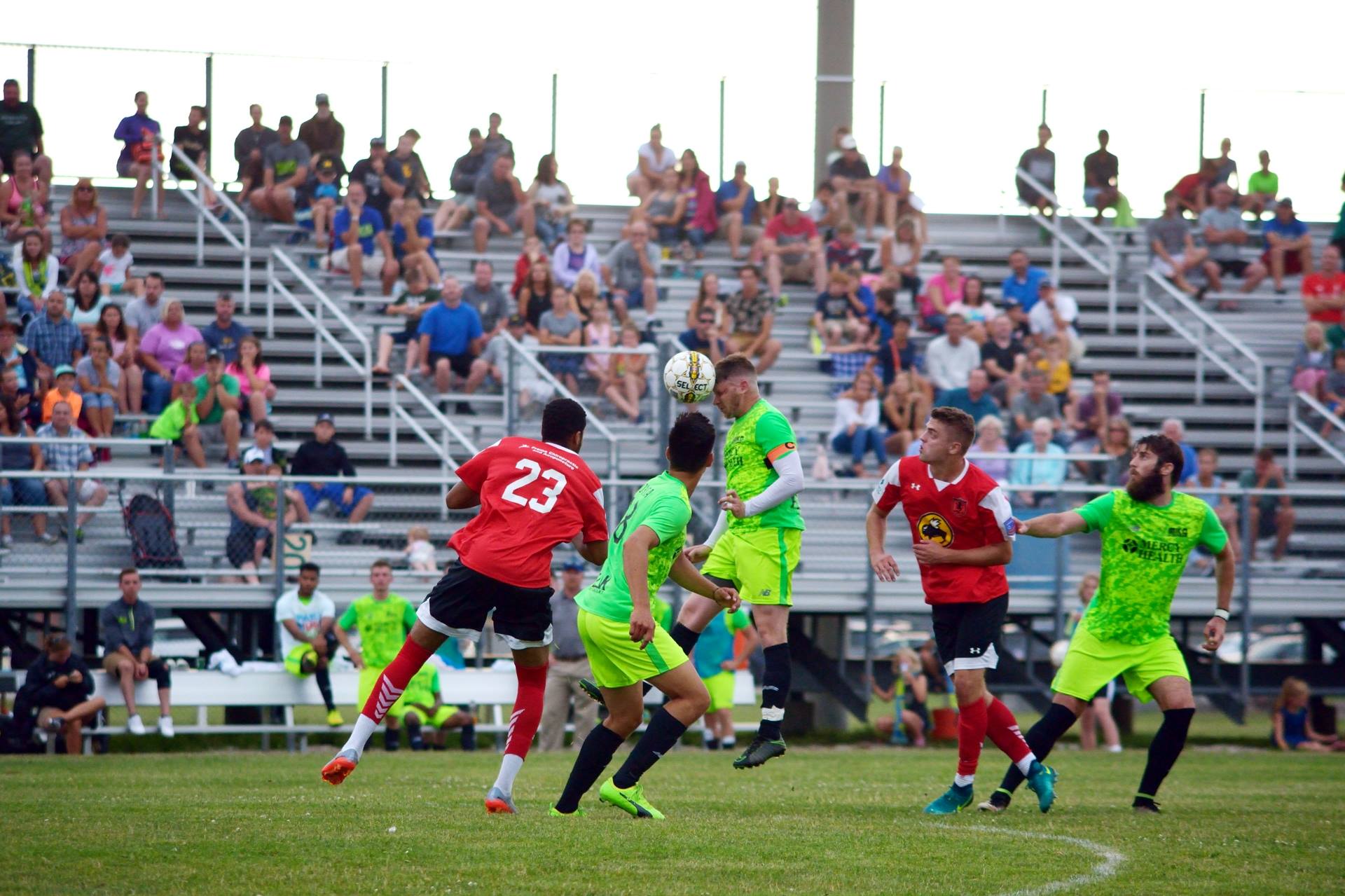 The Muskegon Risers men’s outdoor team will play an independent schedule in 2019. In 2020, the team will begin competition outdoors in the National Premier Soccer League (NPSL). NPSL press release below!

Muskegon Risers Join the NPSL for the 2020 Season

The National Premier Soccer League (NPSL) is proud to announce that the Muskegon Risers (Muskegon, MI) have joined the league as an expansion team. The club will begin competition in the Midwest Region’s Great Lakes Conference in 2020.

“We are thrilled to begin our 2020 expansion campaign with such a strong club in the Muskegon Risers,” NPSL Managing Director Cindy Spera said. “We are excited to see the NPSL brand continue to grow in Michigan and throughout the Midwest. We are confident that the Risers will be successful on and off the pitch.”

The Muskegon Risers soccer team was founded in January 2014 with the purpose of creating positive social and economic impact on the Muskegon Lakeshore through soccer. A Riser is someone who understands our community’s potential and who pushes themselves and others to realize that potential. The “Risers” name was inspired by the “‘Muskegon, Together Rising” sculpture that stands in the heart of downtown Muskegon.

Schmitt played collegiate soccer at the University of Michigan from 2006–2010. Schmitt earned a Bachelor of Science degree in biopsychology and after college worked in a sales and marketing role for Evolve Group Marketing (Troy, MI) and Neurocore (Grand Rapids, MI). These roles exposed him to high-level clientele within the sports entertainment industry, including the NFL, NBA, and PGA. In addition to founding and owning the Muskegon Risers, Schmitt currently owns and operates a business consulting company, holds real estate investments, and is co-owner of a medical equipment and services company.

“On the field we understand the quality of competition in the NPSL’s Great Lakes Conference is second-to-none at this level of soccer in the United States, and we are thrilled at the challenge of competing each week to win games,” Schmitt commented. “From a business standpoint, we’re looking forward to collaborating with fellow conference members and showcasing the beautiful game in our community with high operational standards. With these two focuses in mind, we expect the 2020 season to be an overwhelming success.”

Collins is a former standout at Davenport University and has logged the most minutes as a player in Muskegon Risers history. He has also served as team captain for the Risers since May of 2016. After playing four years as a starter for Davenport, Collins remained with the team and helped his former teammates make an impressive run to the program’s first NAIA National Championship in 2014. A native of Cork in the Republic of Ireland, Collins graduated from Davenport with a degree in marketing. Outside of Davenport, Collins is Technical Director for Michigan Fire Juniors and has coached since 2007.

In 2014, Harrell started as a marketing intern with the Muskegon Risers and has developed into his role as the team’s Sales and Marketing Manager. He has been instrumental in creating and executing yearly marketing and brand strategies. Prior to joining the Muskegon Risers, Harrell studied at Muskegon Community College and Charleston University, playing varsity soccer at both institutions. He graduated with a degree in business management in 2016 and works in a similar role for the Muskegon Risers MASL II team.

Home matches during the 2020 NPSL season will be played at historic Monsignor Kehren Stadium on the campus of Muskegon Catholic Central (MCC). The facility boasts a natural grass playing surface, a home section able to seat 3,000, and an away section with a capacity of 1,000.

“The Muskegon Risers are an extension of the Muskegon lakeshore community, which is the greatest asset our organization will bring to the conference and league as a whole,” Schmitt added. “Our team has a unique history, strong business-sense, and collaborative mindset which we are eager to share with fellow membership.”

“The NPSL is extremely excited to announce its first new team for the 2020 season,” NPSL Director of Membership Development Dina Case concluded. “Muskegon Risers bring a well-known brand to the Great Lakes Conference and we expect that they will do great things both on and off the field for the NPSL in 2020 and beyond.”

More information about expansion opportunities in the NPSL can be found at http://www.npsl.com/expansion-application.