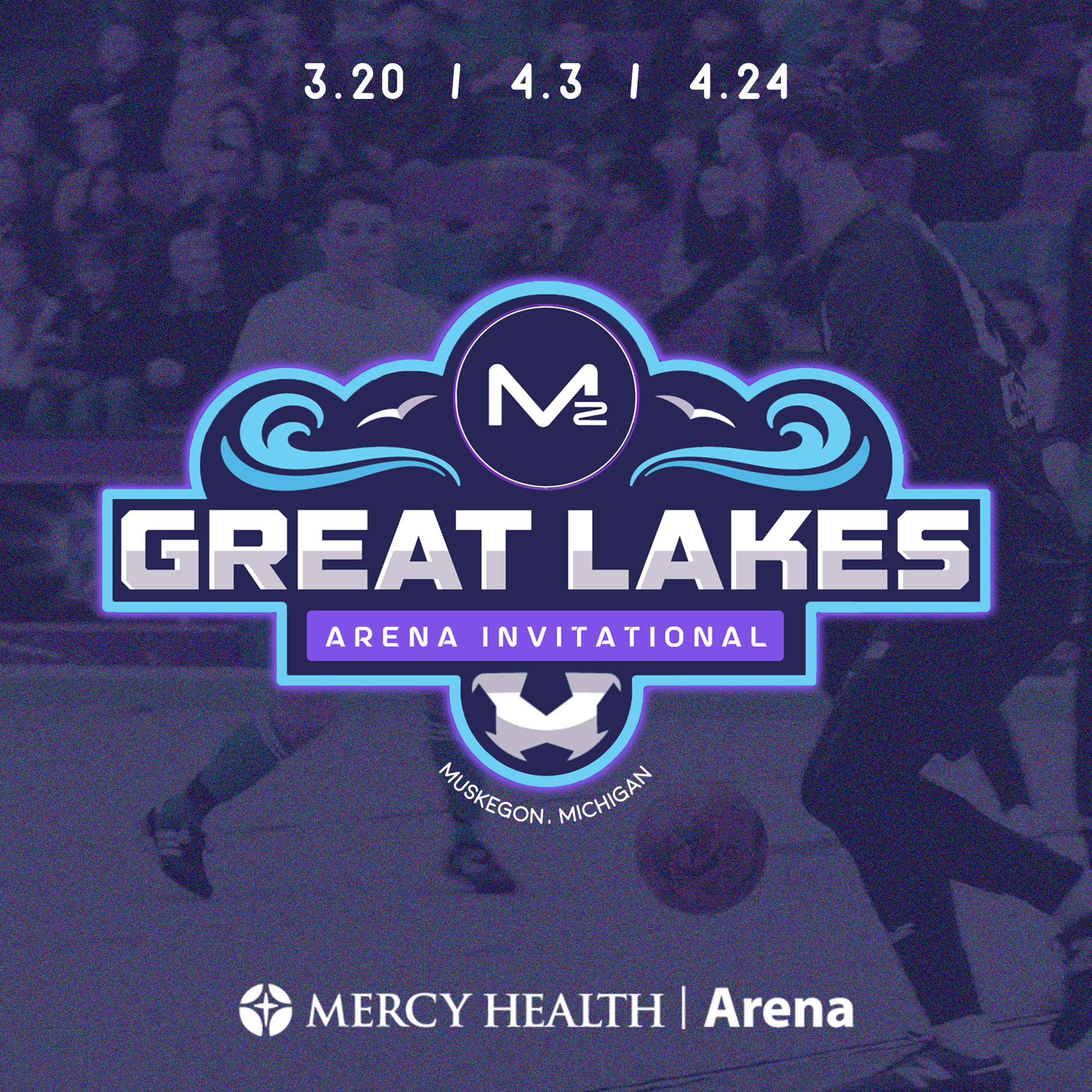 KANSAS CITY – (December 8, 2020) – As part of a comprehensive activation strategy for 2021, the Muskegon Risers, Mercy Health Arena, and Major Arena Soccer League II (M2) are collaborating to host a three-game invitational across March 20, April 3, and April 24. The visiting teams include Fort Wayne Sport Club (3/20), Cleveland Crunch (4/3) and Colorado Inferno (4/24) with the Muskegon Risers playing host on each date. All participants range between current and prospective M2 members as the league continues to build arena soccer in the Great Lakes region. The invitational will also provide a safe, high-quality platform for players, staff and fans to reconnect and move forward through 2021 and beyond.

“The Major Arena Soccer League 2 is growing, and the Great Lakes region is at the forefront of that expansion” said MASL VP of Operations, Jon Ramin, “This event will be a great opportunity to showcase current members and meet prospective teams, allowing them get a taste of the indoor game we all love in a venue like Muskegon’s Mercy Health Arena.”

Mercy Health Arena is a 3,000-seat multi-purpose arena in downtown Muskegon, Michigan. It was built in 1960 in partnership with philanthropist and industrialist Louis Carlisle Walker and on October 27, 1960 was formally gifted to the City of Muskegon as “L.C. Walker Arena”. The arena recently finished $1.7 million in renovation and improvement projects and has become a flagship facility for arena soccer. The Muskegon Risers have played a critical role in the arena’s development to accommodate arena soccer and have helped create one of the best home venues in the sport. The Risers and Mercy Health Arena will lead all aspects of event operations, including COVID-19 protocols based on guidance from local health authorities.

“We played our first-ever arena soccer game here in 2015, with dated turf and outdoor soccer goals” added Risers President, Matt Schmitt, “We forged ahead and paid our dues with a tremendous amount of work and sacrifice, which the City of Muskegon recognized by making upgrades to the turf and retrofitting its boards to meet Major Arena Soccer League standards. This invitational furthers Muskegon as a leader in arena soccer, which is a testament to our players, coaches, fans and community partners.”

Tickets for each game are on sale now can be purchased at muskegonrisers.com/tickets. More information about the Major Arena Soccer League and Mercy Health Arena may be found at maslsoccer.com and mercyhealtharena.com, respectively.